Hello, thank you for visiting the official site for Michael Woroniecki. Here you can find the current blog that I write and the truth about my family, life ministry, message, music, and more. My hope is to share with you the love I have found in God as a Father, and the understanding of, not a dead religion, but the living Jesus.

It is one thing to know of God’s love in theory. It is quite another to be touched by the presence of the living Father. What I share with you here on this site is from seeing His hand in my life, with my beautiful wife and six children, over the past 46 years in more than 55 countries. While I have a Master’s Degree from the largest seminary in the world, I have seen the hypocrisy in today’s billion-dollar religious systems and instead take the Gospel to “highways and byways” and the poor of spirit.

As we travel across the world, we have created a therapeutic and inspirational show with a mix of music, drama, dance, theater, magic, martial arts, and other creative expressions. The idea began as a means to communicate in countries where we did not speak the language. But now, over 20 years later,  it gives us a platform in community events, prisons, schools, orphanages, hospitals, military bases, and numerous other venues to, not only offer a unique and beautiful experience for people who would not otherwise receive such an event but also to share the love and understanding of Jesus in unifying and uplifting manner. We have had an overwhelming response from so many across the globe.  We are grateful for the opportunities we have been given and for all the incredible foundations and individuals we have been able to work with.

Past Controversy In The Media

Like many people today who stand for truth of the gospel of Jesus, we have been attacked and maligned by the media and people who haven’t met us and don’t care to find out the truth of a matter. They have skewed our message and tried to paint me in a light that is completely contrary to who I am. I am willing to respond to any misunderstanding but my main focus is too continue to help those who want my help to follow Jesus.

We all know that the media has a way of manipulating content by cutting and splicing a video to fit the twisted narrative that suits their desire for a sensational story. They do not provide the context, nor it’s entirety. Many “journalists”, who never contacted me or met me and had nothing to do with any past events, created podcasts, videos, docu’s or highly detailed articles full of complete fabrications and then insist that their lies are the truth about MY life. What they do in many cases is actually illegal, but Jesus commands us to forgive them, not sue them.

Sure, like all of us, I would do things differently now than I did 25 years ago, as I have matured over the years. And as everyone has reconsiderations over what or how they may have communicated in the past, in their early days, I too wish I could have been more mature in things I said and did. But ultimately, the content of my message is the solid gospel of Jesus.

My youngest son David and I, just released our first official album. We aim to inspire with energy and hope. The album reflects a modern, electronic style and is available everywhere music is sold online. Just search "legacy of love". It always amazes me how something that is unseen is able to have such a huge impact on our lives. It penetrates our hearts and can comfort, heal, and inspire us. There are so many levels of thought it can bring to us to help us fight the great burdens and sorrows of life. Anything that helps you from our music is an outcome of our deep relationship with the living Jesus.
Listen Now 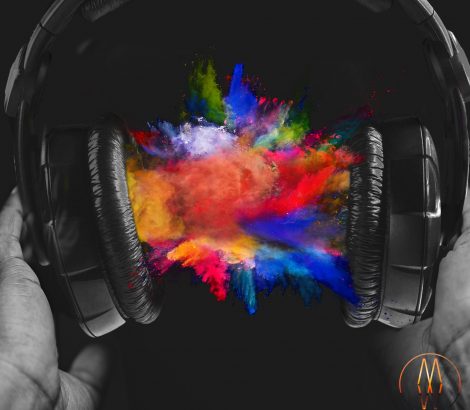 The purpose of this site is share with you the things that I have learned along the way. With my 3 daughters, 3 sons and my wife I have traveled to more than 50 countries to share the life, love and truth of the living Jesus. Not as a "church" or religion, but as a simple family. My goal is to help you in whatever way I can, to navigate through your suffering and the struggles we all face to find the real answers the Father freely offers us.

Once every few weeks we send out an email with our latest adventures, sharing or music releases. Subscribe to receive the updates. No spam or excessive emails ever. I made a deal with God in high school. If He would let me make All-City honors in football I would attend a prayer meeting with my ailing mother. When it happened it made me take a serious pause about whether God might actually be interested in my life.  I did a similar deal when I received a full ride football scholarship at Central Michigan University. I reached a small level of stardom but injury after injury broke me, both physically and personally.  I began to secretly ponder the life of Jesus.

My nickname was Crazy War from my wild ways. Got arrested with my football coach and this set my image. But inside my conscience was on fire. I had betrayed by deal with God. Long story short, I ultimately committed my life to Christ while sitting in the football stadium of Notre Dame.  It brought about severe and drastic rejection from my teammates which forced me to tread down an uncharted path. Despite the terrible personal pain of rejection. When I was a wild dude everyone loved me but now everyone hated me, no exaggeration. This single reality forged a depth of meaning to the words of Jesus and drove my intensity to stand for Him with all my being.

I had just come back from a  rough football practice that had become almost unbearable due to the hatred of guys on the team. I remember sitting in my dorm room chair contemplating what kind of life awaited me. How could I bear this? Roger Staubauch for the Dallas Cowboys claimed to be a Christian and all he got was acclaim. What was wrong with me?  I opened the Bible to John 12:24+25.  It made me start wondering about what it really meant to follow Christ. So many empty Christian cliches fill the mouths of insincere people. Could people who claim to know Jesus actually not be sincere?  I was quite naive. Would it not be loving to help such people see the error of these ways? Never did I imagine how much “Christians” would attack me for what I saw as personal concern.

His Name is Jesus; “the Suffering Servant”. He is not a sinners prayer or church. No system or moral life style died on a cross.  A person can only receive forgiveness and eternal life from His hands. What good is a Christian image. For such reality as this Jesus laid down a walk of suffering (Is.53). I was scared. How to act and talk, I did not know. How do I deal with “Christians” who have no heart for Jesus? I have never wanted to come across as better than anyone but I must  hold to the reality of Jesus even if I am falsely accused and misunderstood. God knows my heart and bears witness to the truth of my life.  I am an imperfect vessel preaching a perfect gospel…

Some Feedback From Our Ministry:

"This date will surely be remembered in my memory and in my heart. the day that a group of Americans, whom I might even call them angels, have arranged to come to a penitentiary, where much of society wants to stay away, they came to give their personal testimony, to present themselves theatrically to demonstrate God's love. My name is Alexander, and I wanted to thank you who made this day the best day of the approximately 242 days that I find myself secluded here in this penitentiary. You have been able to awaken in me something, that perhaps I had no more, that is hope. God has bigger plans for me... -Alexander (Prisoner) 03/12/2018