We were immersed in a sea of orange. All eight of us were spread out in front of the stadium at the Tennessee vs Alabama football game. Well over a hundred thousand people. The blessing was so deep I believe it comes out of the DNA that runs within my spirit of the blood of the Lamb.  “Oh…” the wonder of a Father and Son Whom we get to serve in His Spirit.

Sure there are scores of hypocrites and evil doers but for the burly guy named Sam, who shared with me how he had killed men in war and couldn’t imagine how Jesus could forgive him, for the well-dressed older businessman who had been through a divorce and had had it with his “church” and all the others it is beyond worth it. If there is any wonder, quest or desire to do “God’s will” this is it. “Oh…” the depths of His simple and dumbfounding ways are so joyful.

Of course we all felt so bad for David who had the “Student Section” and was pelted with both filthy words and objects. But God gave him the grace to endure it all. We could only comfort Him with the sufferings of Christ.
The following few days we spent dealing with a campus full of reprobates. We have been preaching at University of Tennessee for over thirty years and it has gotten progressively so bad it is impossible to explain. You have to see it to believe it. The drugs and alcohol, mixed with Christianity is a formula for insanity.

And so I say to you, do not twist the things of God. Be a child. When you find your back up against the wall, and the “living” shadows of Despair, Grief and Regret point their fingers at you, insisting on their accusations of hopelessness, you must shake your head, rise to your feet and stand in the Word of God. Prove yourself to be a true child of God. If you can stare down your worst nightmare and say these heartfelt words, as Paul did, then surely you are a “just man who lives by faith” (Rm.1:17):

This picture was in the University of Tennessee’s Paper the Next day.

“Oh, the depth of the riches both of the wisdom and knowledge of God! How unsearchable are His judgments and unfathomable His ways! For ho has known the mind of the Lord, or who became His counselor?…” (Rm.11:33). Do not doubt! Only believe. You think this… You think that… But He is God and you but a man; a worm; a maggot (Job 25:5-6). His ways are so, so, so far beyond (Is.55:6ff).

This was the picture for the University of Auburn’s Newspaper.

We had a rich blessing in Alabama, mostly at Auburn University. It is quite a unique school. Lots of crowds and numerous good sharings with individuals. So now we are finishing up our ministry on college campuses and preparing to head back to Montevideo, Uruguay and throughout South America. So much required in preparing to go, in going, in arriving and in heading out.

Our hope is to get those silver aluminum-looking insulated skinny blankets in the camping department at Wal-Mart for the guys in prison overseas. They are small and work well. They cost about a buck a piece so obviously we can’t afford them at that, being that we deal with thousands of guys. So we are writing letters to those corporations as well as many other companies to try to get goods to help bless these guys. Also we are doing the same to try to get equipment. We are hoping to get a projector and screen to really help us in so many venues.
We have a web site that we send to people to verify our work. If anyone would like to help us you can check it out. Wow. Would we ever appreciate any help: www.wouldyougobeyond.com 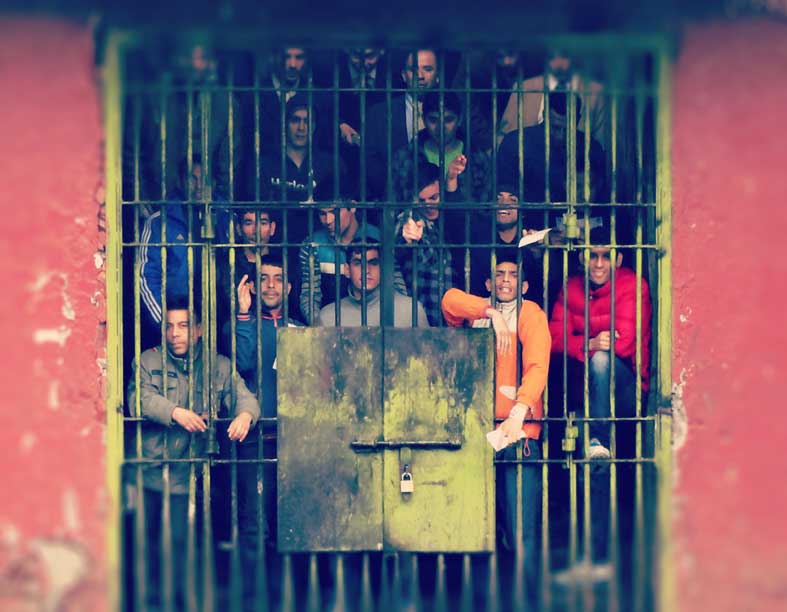